Mike Mack shared this great video of the cranes he sighted on March 17:

Every year we hold the first crane sighting of the season contest. A wonderful prize is awarded to the individual who submits the first photo. Prizes are also awarded for the first sightings in West Moffat, Craig, West Routt, South Routt, North Routt, and Steamboat Springs. This year, we received a record 57 reports! We have really enjoyed viewing all of your submissions! Your reports help us learn more about the Greater Sandhill Cranes in northwest Colorado. This, in turn, helps our efforts to protect the cranes and conserve their habitat. 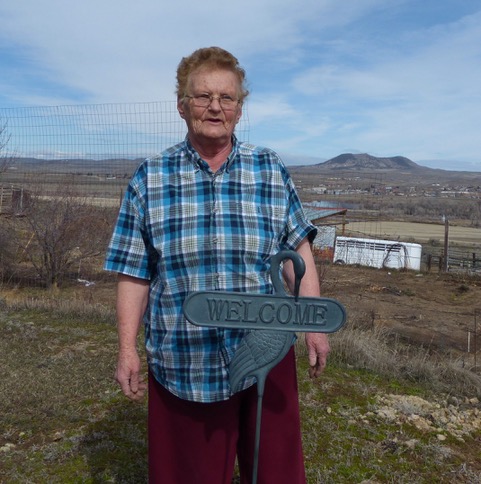 Here is a summary of all the reports that we received throughout the month of March. Hover over the photos at the bottom of the page to see each photographer’s name or click on the photos to enlarge them:

March 5, 2018 – We also received an email report from Ron Kruczek at 4:10 p.m. when he spotted a single crane out by the Yampa Valley Golf Course in Craig.

March 5, 2018 – At 5:55 p.m., the Miles family sent us several photos and a great video of a flock of cranes circling their house in Sunbeam, just 6 miles west of Maybell.

March 5, 2018 – That same evening, we received an email from Linda Litteral reporting a dozen cranes flying over Burgess Creek Drive near the base of the ski mountain.

March 9, 2018 – Just an hour later at 10:30 a.m., both Maryanne Correira and Anna Floeter took photos of three cranes standing in Crooked Creek off of CR 15 in Craig.

March 10, 2018 – Allen Hischke took some very nice pictures of two cranes off Ranney Street in Craig, near the railroad crossing at 2:00 p.m.

March 11, 2018 – at 6:30 p.m., Michele Baxter sent us a wonderful video of 49 cranes flying over her property on the southern end of Thorpe Mountain, just ¾ miles past the inlet to the Stagecoach Reservoir.

March 12, 2018 – The 12th was a very busy day of sightings, and it all started at 8:00 a.m. when John and Mary Lou Allen snapped a photo of three cranes flying eight miles northwest of Craig on the John Allen Ranch along Big Gulch.

March 12, 2018 – During the morning, we received an email report from Keegan Baird reporting a flock of 40 cranes flying over her house in Yampa.

March 12, 2018 – Finally, less than ten minutes later, Whitney Holtan sent us a couple videos and a photo of two cranes in a field near Sunbeam at 5:30 p.m.- what a day for the cranes!

March 13, 2018 – Only seven minutes later, Paul Ackerman sent us a picture of a crane near the Hayden Airport.

March 14, 2018 – About 15 minutes later at 6:00 p.m., Julie and Mike Lang AND Rich Houghton spotted cranes in two different Hayden locations: Julie and Mike sent us a neat photo of a crane taken through a spotting scope on Morgan Bottom Road in Hayden. Rich Houghton saw cranes east of the Hayden Airport off Highway 40.

March 14, 2018 – Stewart Beall also reported a couple crane sightings: one near Yampa River State Park in Hayden, and a second sighting near the Hayden airport.

March 17, 2018 – As a St. Patrick’s Day treat, Mike Mack sent us both a beautiful photo of a crane and a video of a large flock of cranes along the Hayden end of Twenty Mile Road in Routt County, filmed right around noon. Mike’s video is at the top of this page.

March 26, 2018 – Joan Heimbach sent us a lovely picture of a crane off CR 44C (near Cullin’s Corner where it intersects with CO 129) in a field adjacent to the Elk River.

March 26, 2018 – Janet Feigelson sent us a great video of her “conversation” with the cranes at the bottom of Rabbit Ears Pass at 6:48 p.m. To view the video click here.

March 28, 2018 – Terry Sexton spotted the cranes again in the morning at Loudy Simpson Park in Craig.

Thanks to all who shared their crane sightings with us. We hope to see all of you at the 7th annual Yampa Valley Crane Festival – August 30 – September 2 in Steamboat Springs and Hayden, CO.