Every year in March we hold the first crane sighting of the season contest. A wonderful prize is awarded to the individual who submits the first photo. Click here for contest details.

Calls, emails, and photos have been coming in to let us know that the cranes are back. We had been receiving reports from Evey Horn, one of this year’s speakers, of 1,500 cranes at Hart’s Basin Reservoir in the Eckert/Delta region of Colorado so we knew that it wouldn’t be long until the first cranes arrived in the Yampa Valley.

It seems only fitting that the first crane sighting of the season was reported by our own Nancy Merrill, President of the Colorado Crane Conservation Coalition. Nancy reported a single crane flying over the Yampavian Ranch in Hayden, CO at 8:00 a.m. on Tuesday, March 4, 2014. Of course, officers of the CCCC and members of the Yampa Valley Crane Festival planning committee are not eligible to enter the contest so we waited anxiously for the first photo from a community member to arrive in our email.

Arlo Lott, the winner of this year’s First Crane Sighting of the Season Contest, submitted the first photo of cranes on March 9, 2014.

The following is a summary of all of the other reports that we received:

March 6, 2014 – Anne Reed called to tell us she heard cranes calling on the Carpenter Ranch in Hayden.

March 6, 2014 – Anna Blakeslee called to say she saw cranes on the Carpenter Ranch in Hayden late this afternoon.

March 8, 2014 – We received a note from Hayden Town Manager, David Torgler. He spotted two cranes south of the Yampavian ranch at 11 a.m.

March 9, 2014 – Contest winner Arlo Lott heard cranes calling on the Yampa River in Hayden this morning and submitted a photo of a pair he saw this afternoon.

March 11, 2014 – Jocko Camilletti spotted cranes in a snowy field in Craig and submitted a photo.

March 12, 2014 – Lisa Naplacic emailed to let us know that she saw cranes north of Elkhead Reservoir in Moffat County.

March 13, 2014 – Medora Fralick called to let us know that a crane flew over her car this morning as she was driving along Highway 40 from Hayden to Steamboat.

March 15, 2014 – Kevin Dietrich spotted a crane along Twentymile Road in Hayden and submitted a photo.

March 15, 2014 – Ryan Gelling spotted a crane that flew right over his truck around 4 p.m. as he was driving home on RCR 18C. He submitted a photo that he took with his phone.

March 17, 2014 – Penny Deck sent us a letter to tell us that two cranes flew over her while she was on the Yampa River Core Trail near the Bear River Skatepark in Steamboat Springs.

March 23, 2014 – Jim Nowak called to let us know that there were cranes flying over his office parking lot in Steamboat this afternoon.

March 25, 2014 – Anita Merrigan and her husband spotted at least 50 cranes in the fields near the Yampa Valley Regional Airport at approximately 3:15 p.m. and submitted a photo. They saw two more cranes in a field alongside US 40 just past Milner.

March 26, 2014 – Michelle Wyant reported that a single crane crossed the road in front of her today. She believes it was one of the pair that nests in a pond near US 40 and RCR 42. On March 28 or 29 she saw both cranes.

March 27, 2014 – Karina, Dyllan and Rachel Spitzley spotted a pair of cranes in a field along RCR 54 and submitted a photo they took with an iPhone.

Thanks to everyone who took the time to report their sightings of the cranes returning to our beautiful valley. You are all winners in our eyes. 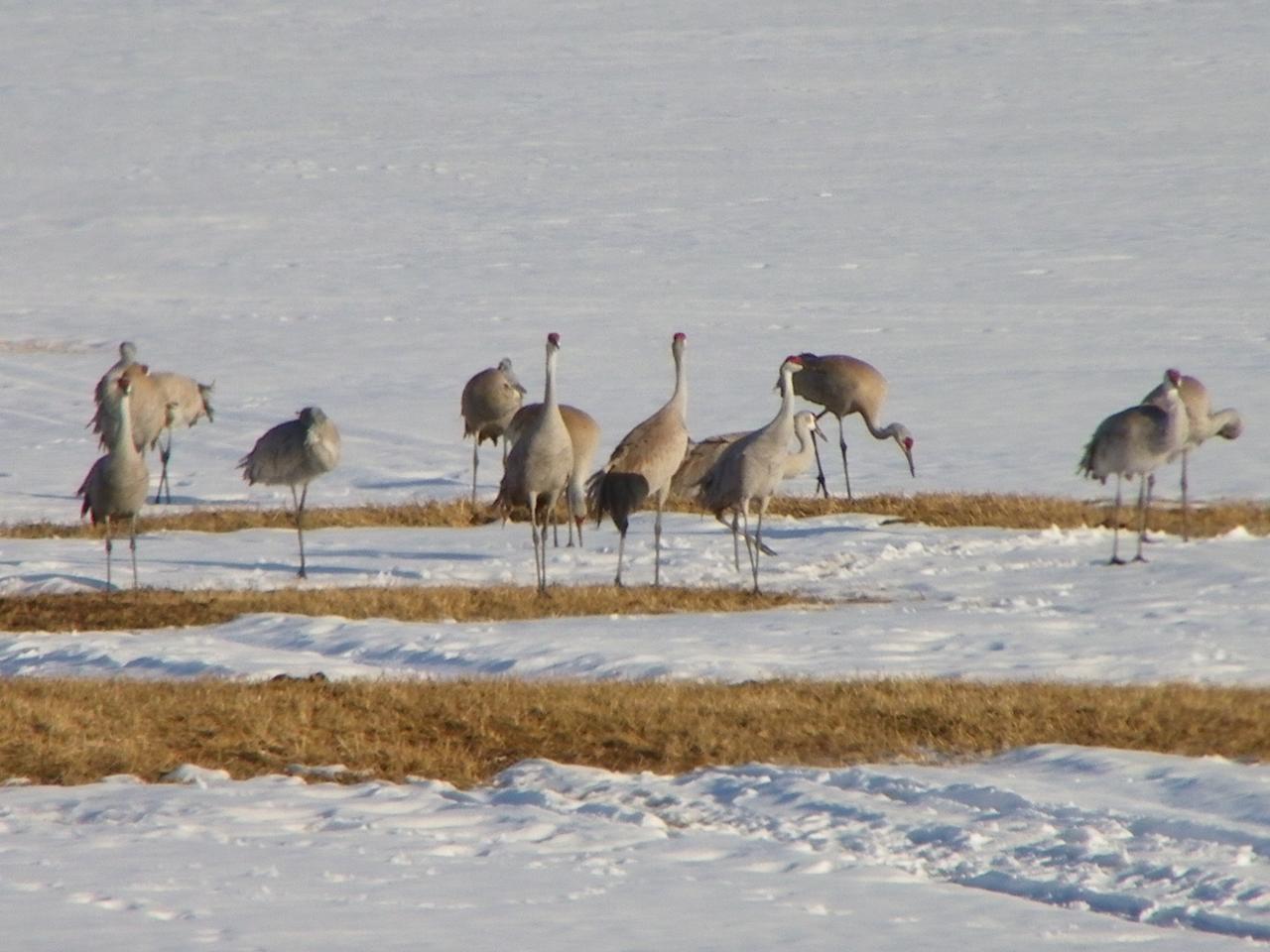 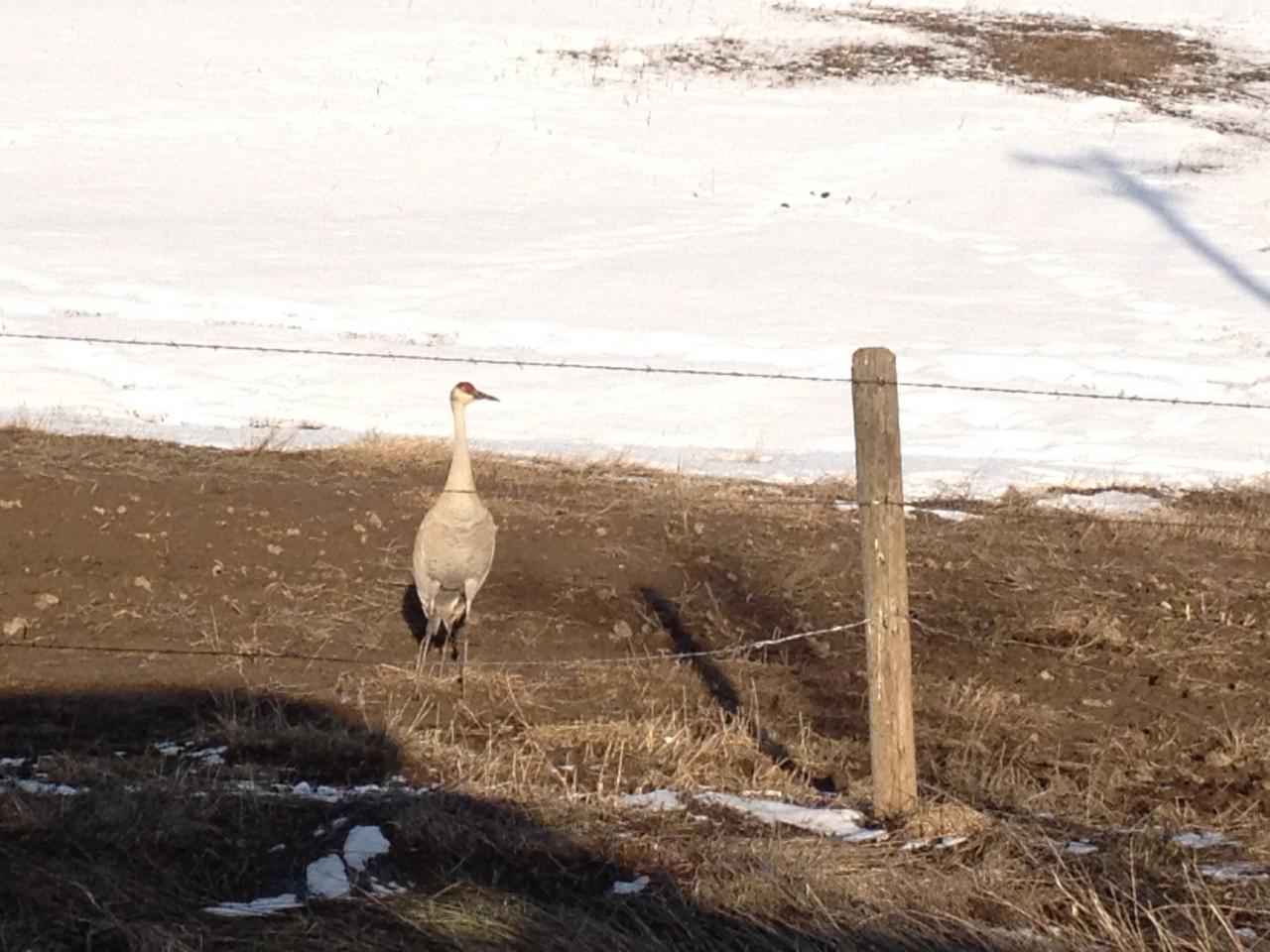 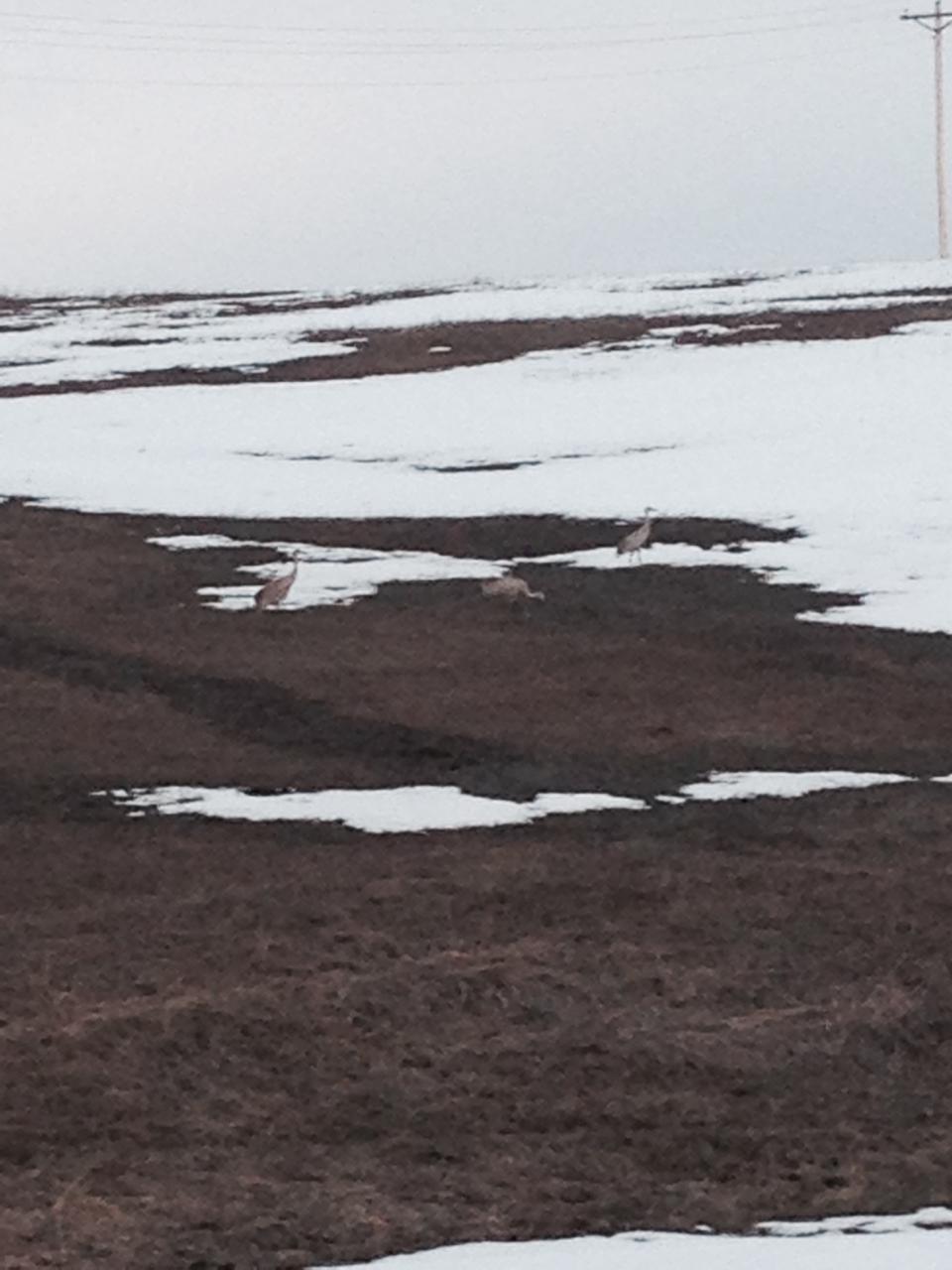 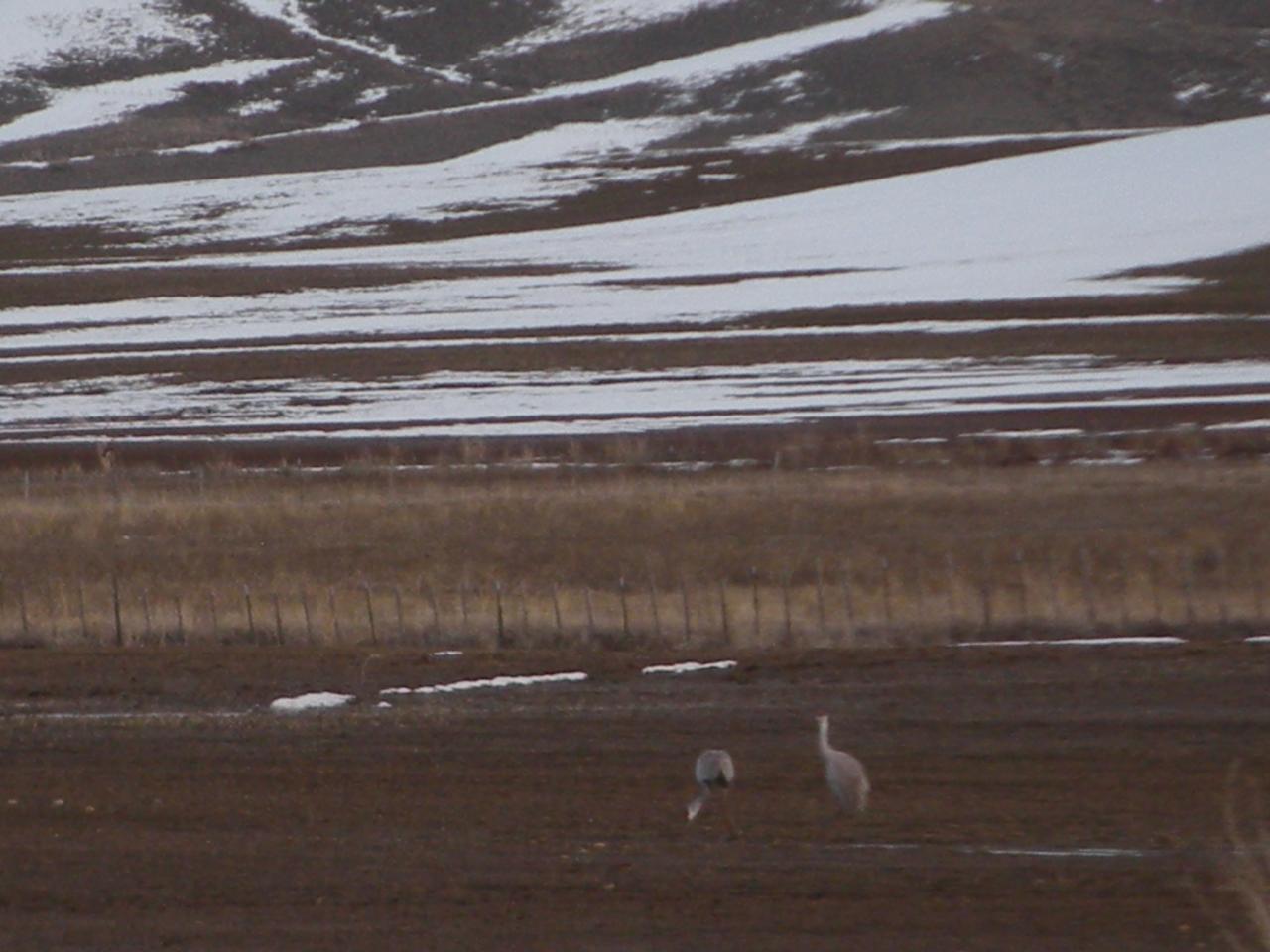 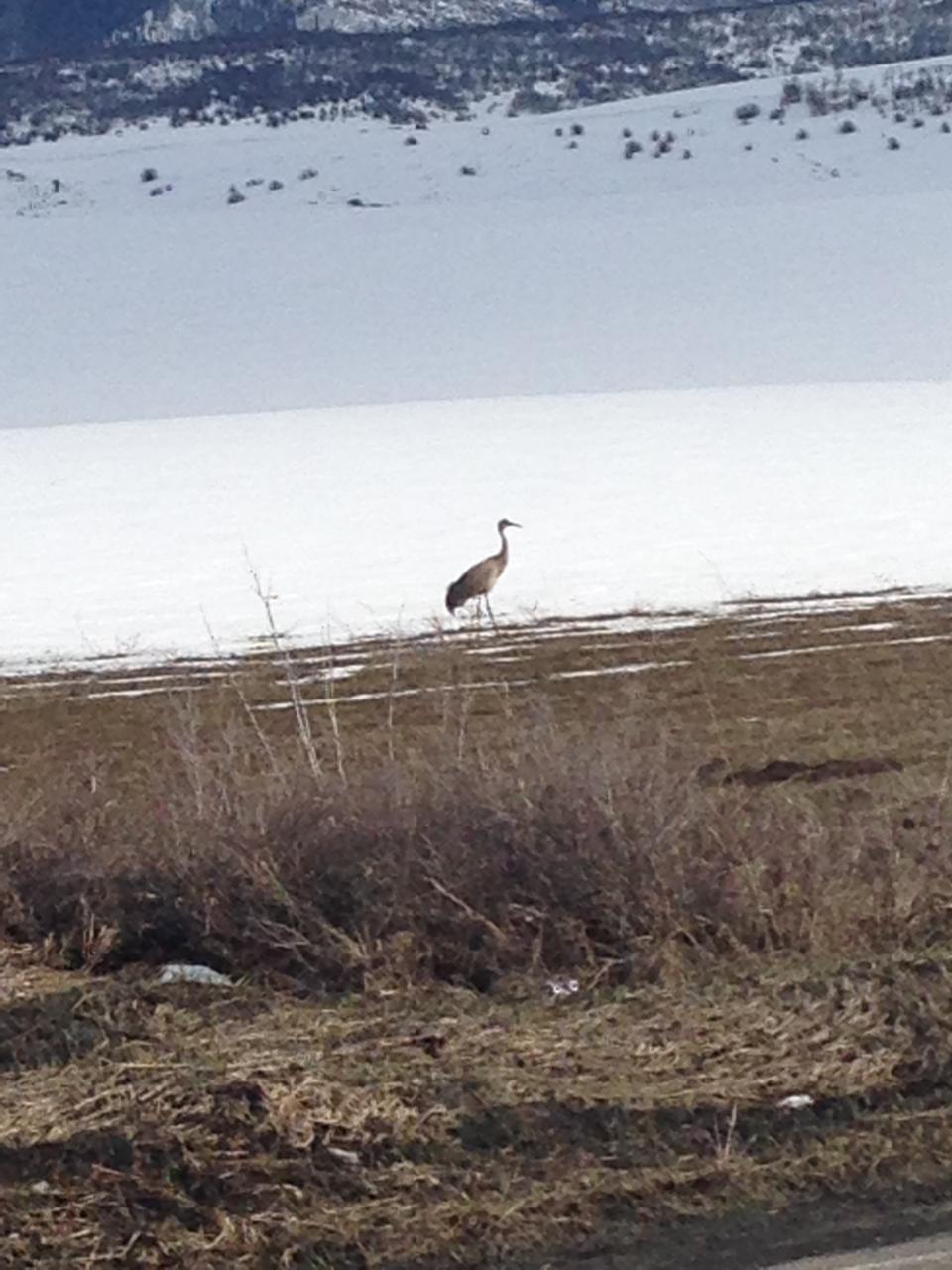 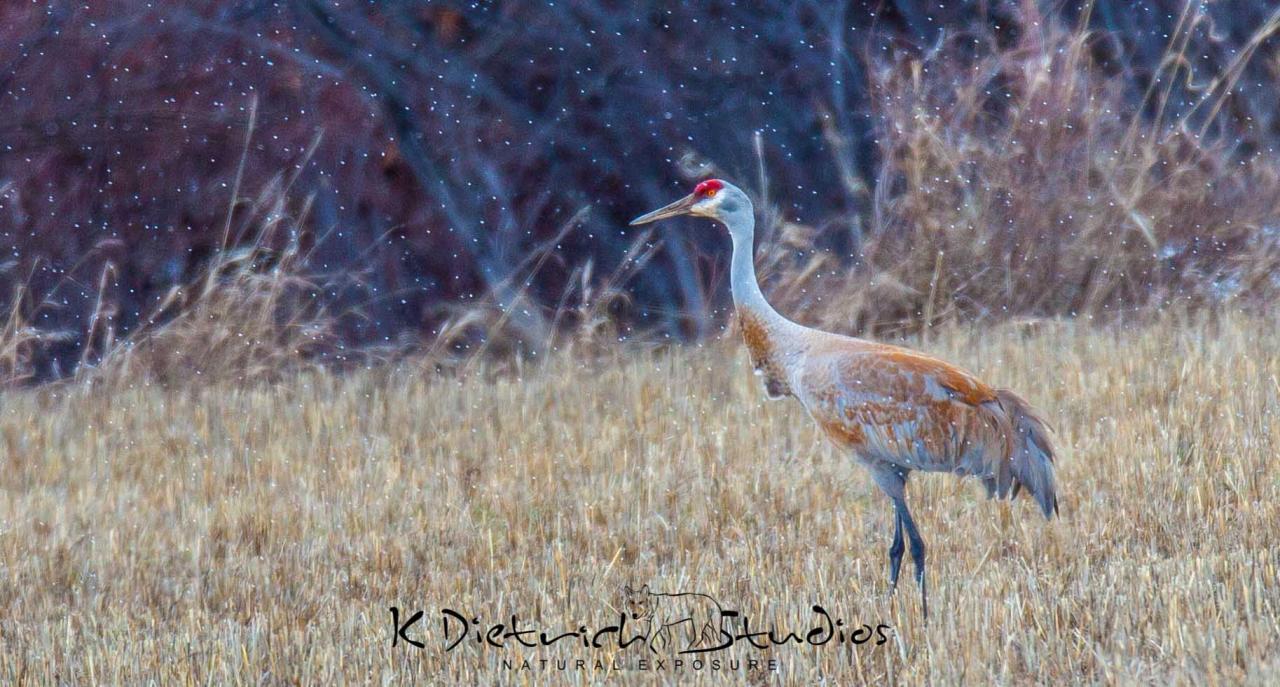 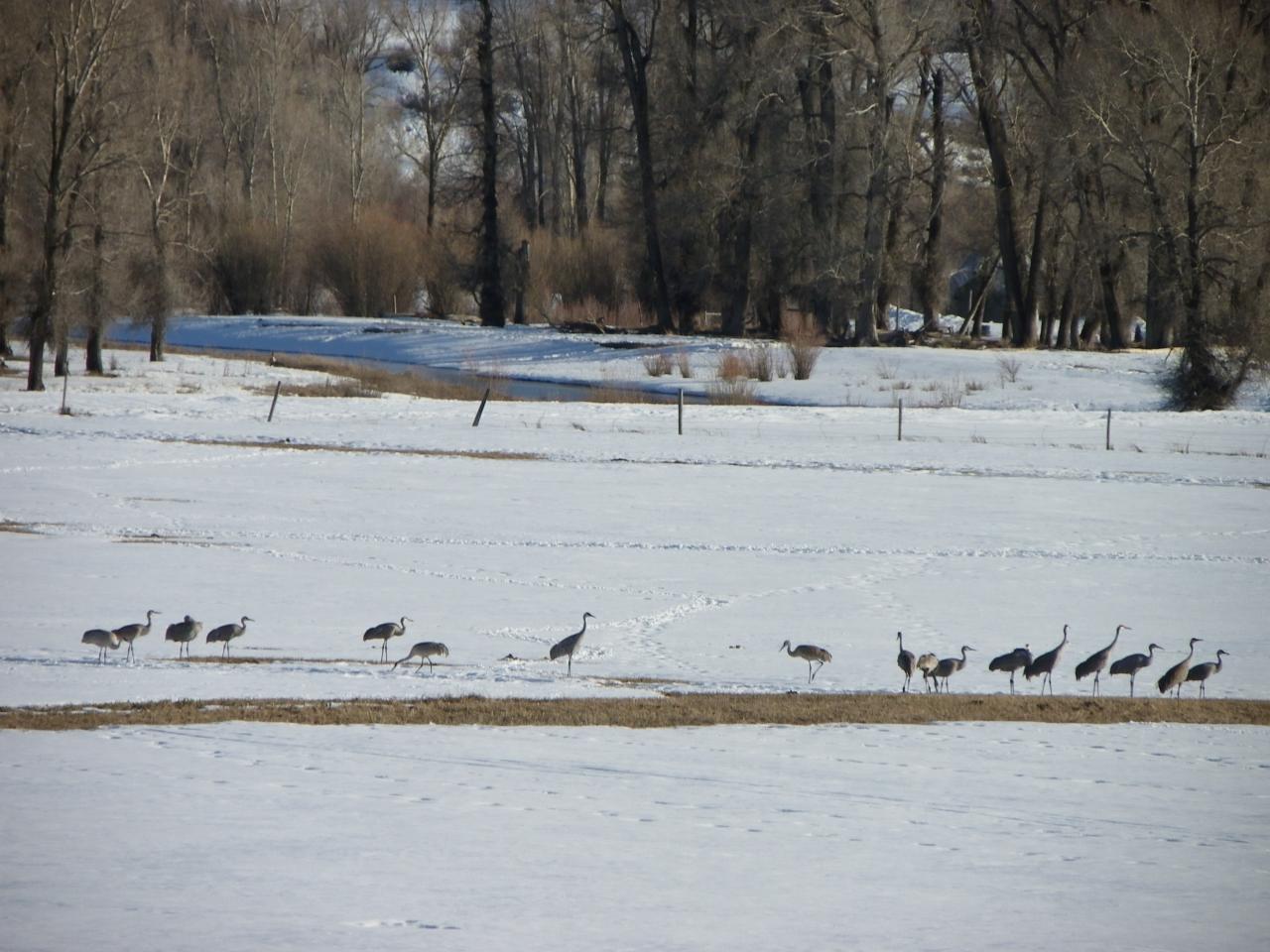 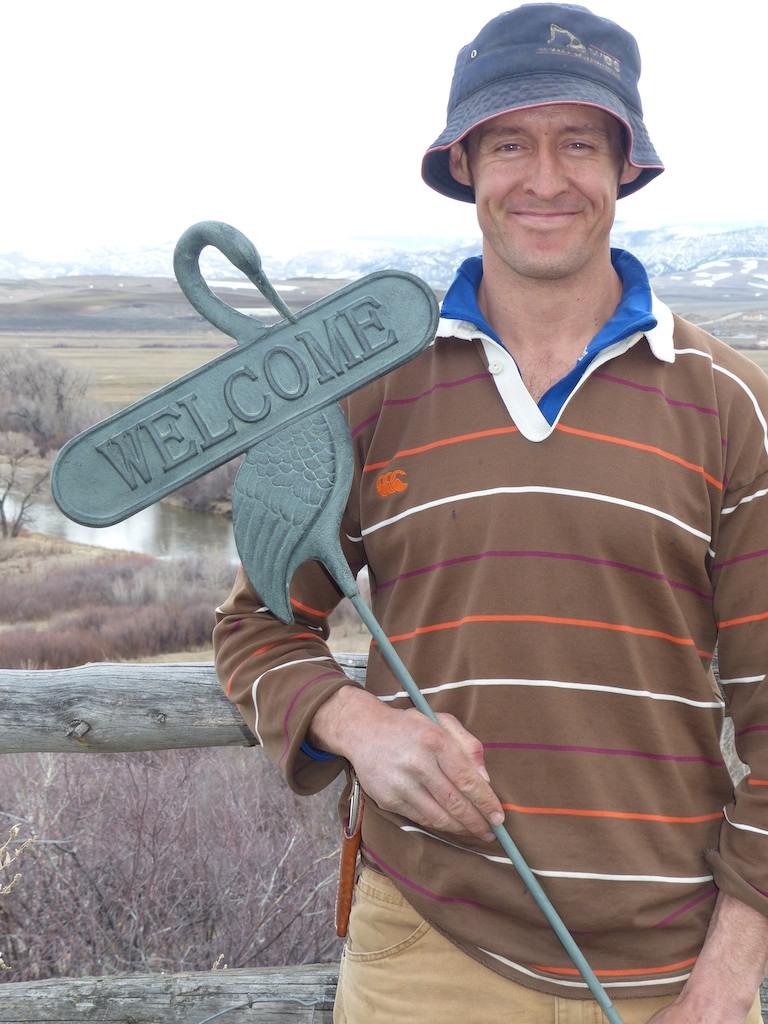 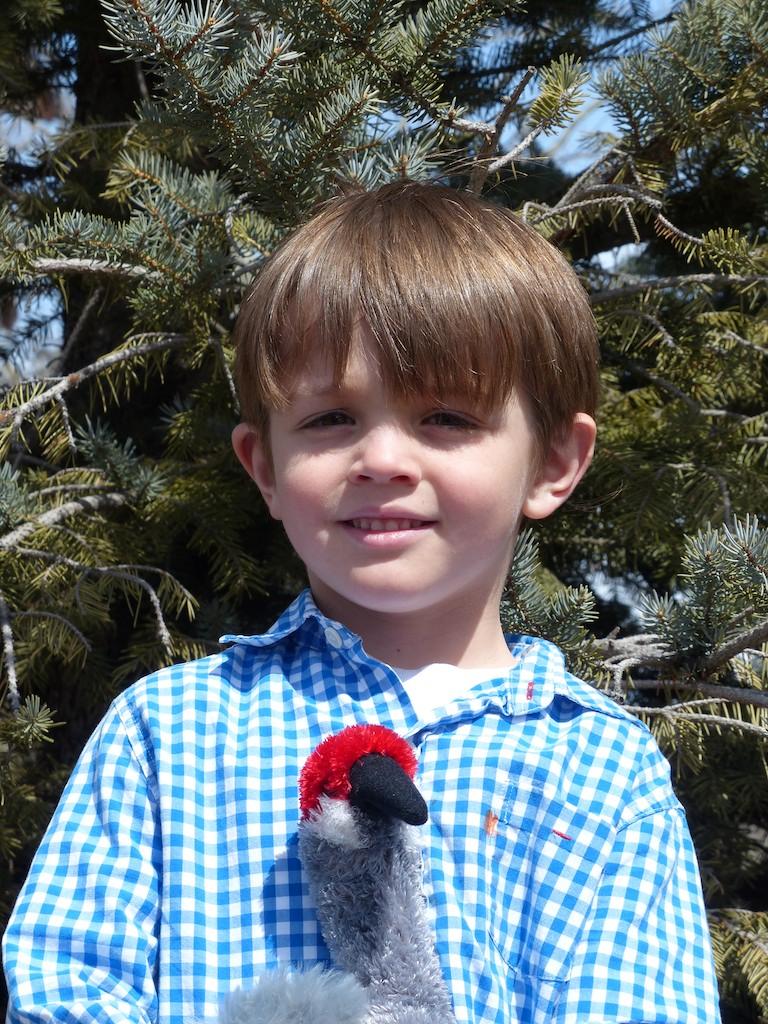